Madhav Chavan, an innovator of low-cost mass literacy and numeracy, has been awarded the world’s major prize for education

DOHA, Qatar, Nov. 13,  2012 /PRNewswire/ — This year’s WISE Prize for Education has been awarded to Dr. Madhav Chavan, a former chemistry lecturer who devised a simple formula to bring education and literacy to millions at minimum cost.

The Laureate of the 2012 WISE Prize for Education was announced at the opening plenary session of the fourth World Innovation Summit for Education (WISE) in Doha, Qatar, before more than 1,200 innovators from over 100 countries, including figures from the worlds of social enterprise, business, government, media and education.

After completing a Ph.D. in the USA, Chavan returned to India in 1986 to teach Chemistry at the University of Mumbai. He was struck by the plight of the city’s poor, and he applied his scientific training to create a solution of beautiful simplicity.

Chavan saw that education was the main barrier to India’s development and that action was required that would bring rapid results. Leveraging the power of collaboration from the outset, he joined forces with UNICEF and the city government to ensure "every child in school and learning well".

Using his passion for social justice as a catalyst, he launched a mission to create large-scale impact at low cost. The reaction produced by combining the primary elements of government infrastructure, corporate resources and citizen volunteerism had striking results in bringing literacy to Mumbai’s slum children. Furthermore, the formula easily passed the scientific tests of scalability and replicability and spread rapidly across the country.

Today the mission has expanded to 17 of India’s 28 states and Pratham, the NGO of which Chavan is co-founder and CEO, is the largest non-governmental provider of basic literacy and numeracy for underprivileged children in India. Its programs now address pre-school education, learning support to both in-school and out-of-school children, computer literacy, vocational training and special programs for vulnerable and working children. 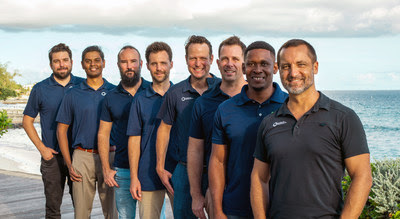 Independent studies have shown that children who have attended Pratham’s programs are much more likely to learn effectively in primary school than other children in their age group, and that they perform more highly than their classmates.

Chavan’s scientific method includes monitoring and evaluation. Thanks to a nationwide voluntary effort, Pratham’s Annual Status of Education Report (ASER) measures quantitative and qualitative parameters including enrolment, facilities and learning outcomes. The model has now been replicated in a number of countries in Asia and Africa.

The WISE Prize for Education was established in 2010 as the world’s premier recognition of an outstanding, world-class contribution to education by an individual or team.  The Laureate receives an award of $500,000 (US) and a specially minted gold medal.