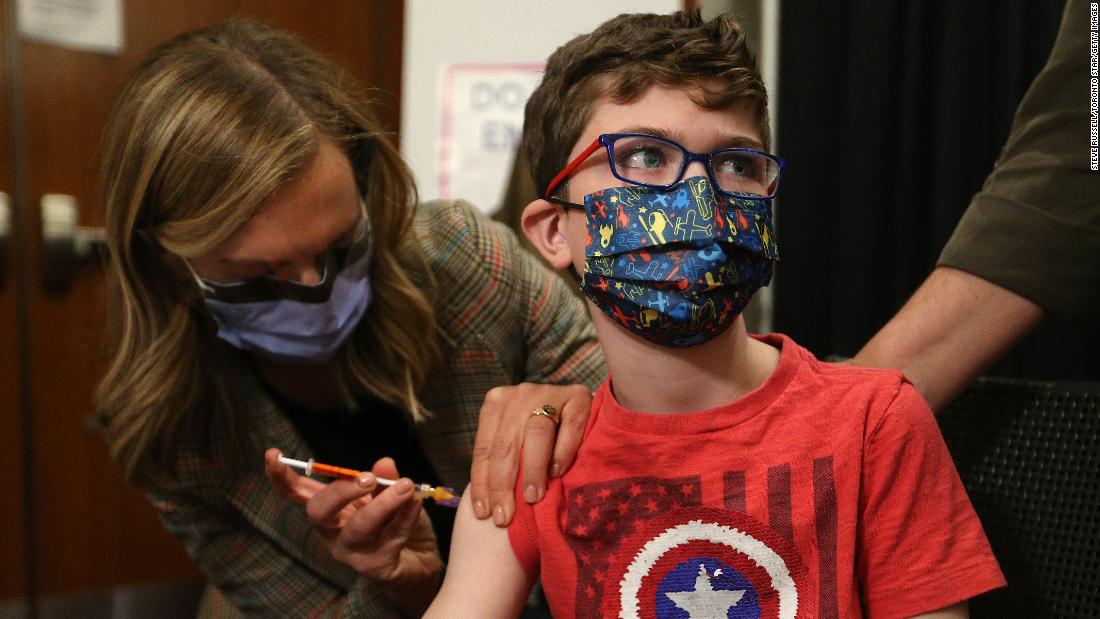 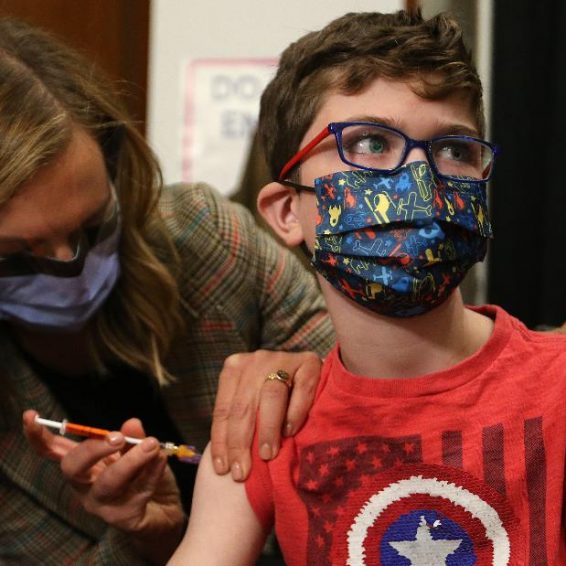 WHO urges countries to consider the benefits of vaccinating children against Covid-19, but prioritize sharing shots globally first

2 days ago·4 min read
ShareTweetPinShare
Home
World News
WHO urges countries to consider the benefits of vaccinating children against Covid-19, but prioritize sharing shots globally first
The content originally appeared on: CNN
“Countries should consider the individual and population benefits of immunising children and adolescents in their specific epidemiological and social context when developing their COVID-19 immunisation policies and programs,” said the statement, published Wednesday.
WHO has long argued that older adults, people with chronic health conditions and health workers should be prioritized for vaccines and that it is “less urgent” to vaccinate children. The new statement acknowledges that some countries that have already distributed vaccines to those prioritized groups, including the United States, are now rolling out vaccines to children.
The countries that are vaccinating children against Covid-19
In addition to the US and most members of the European Union, other countries vaccinating children include Cuba, which was the first country to vaccinate children as young as 2 starting in September, Chile, China, El Salvador and the United Arab Emirates.
“As a matter of global equity, as long as many parts of the world are facing extreme vaccine shortages, countries that have achieved high vaccine coverage in their high-risk populations should prioritize global sharing of COVID-19 vaccines through the COVAX facility before proceeding to vaccination of children and adolescents who are at low risk for severe disease,” WHO’s statement said. COVAX is WHO’s global vaccine sharing program.
Read More
“Given current global inequity in vaccine access, the decision to vaccinate adolescents and children must account for prioritization to fully protect the highest risk subgroups through primary vaccination series, and as vaccine effectiveness declines with time since vaccination, through booster doses,” the WHO statement said.
“As such, before considering implementing primary vaccination series in adolescents and children, attaining high coverage of primary series – and booster doses as needed based on evidence of waning and optimizing vaccination impact – in highest risk subgroups, such as older adults, must be considered.”

A push to vaccinate the world

WHO has long called for global vaccine equity.
In August, WHO pressed the 20 most powerful world leaders and pharmaceutical chiefs to reverse “disgraceful” inequity in access to vaccines by the fall.
WHO calls for world leaders and pharmaceutical chiefs to end ‘disgraceful’ global vaccine inequality
Bruce Aylward, senior adviser to WHO’s director-general and head of the ACT Accelerator Initiative, said in an August social media Q&A that the world should be “disgusted” by the imbalance of available tools to fight the pandemic. He appealed to the world’s wealthiest nations to focus on helping all countries vaccinate 10% of their populations by September 2021.
That goal was not met, as “56 countries who were effectively excluded from the global vaccine marketplace were not able to reach the target of vaccinating 10% of their populations by the end of September — and most of them in Africa,” WHO Director-General Tedros Adhanom Ghebreyesus said in a news briefing last month.
Earlier in the pandemic, WHO’s Strategic Advisory Group of Experts on Immunization (SAGE) issued a “roadmap” on how to prioritize Covid-19 vaccine supply starting with the most at-risk groups, an approach that has been adopted by most countries.
“I think whether children get vaccinated or not will depend a lot on, firstly, how we are able to cover these other priority groups first, what the epidemiology of the disease is,” WHO Chief Scientist Dr. Soumya Swaminathan said Wednesday at a news briefing in Geneva.
Millions of children worldwide missed routine vaccinations during the pandemic, study suggests
She added that more data is needed on children to better understand how much natural infection has occurred among their age group, something that will vary country by country.
“Then when we get to the goals of reducing transmission, really down to very low levels, at that point, one might consider, of course, vaccinating children as well,” Swaminathan said.
“I think the guidance on children will be very contextual and specific to local context,” she said. “But, we also need to then wait for more vaccines to have the data in children before we can make further recommendations.”
WHO notes in its new interim statement that there are benefits to vaccinating children and adolescents that go beyond direct health benefits, including that vaccinations can help keep schools safely open and decrease coronavirus transmission in other age groups, including older adults.
WHO also states that it is of “utmost importance” that children continue to get their recommended childhood vaccinations for other infectious diseases.
In data published in July, WHO reported that 23 million children overall missed out on basic routine immunizations last year — which is 3.7 million more than who missed out in 2019.
“Even as countries clamor to get their hands on COVID-19 vaccines, we have gone backwards on other vaccinations, leaving children at risk from devastating but preventable diseases like measles, polio or meningitis,” Tedros said in the July announcement.
“Multiple disease outbreaks would be catastrophic for communities and health systems already battling COVID-19, making it more urgent than ever to invest in childhood vaccination and ensure every child is reached.”

CNN’s Kara Fox and Eliza Mackintosh contributed to this report.