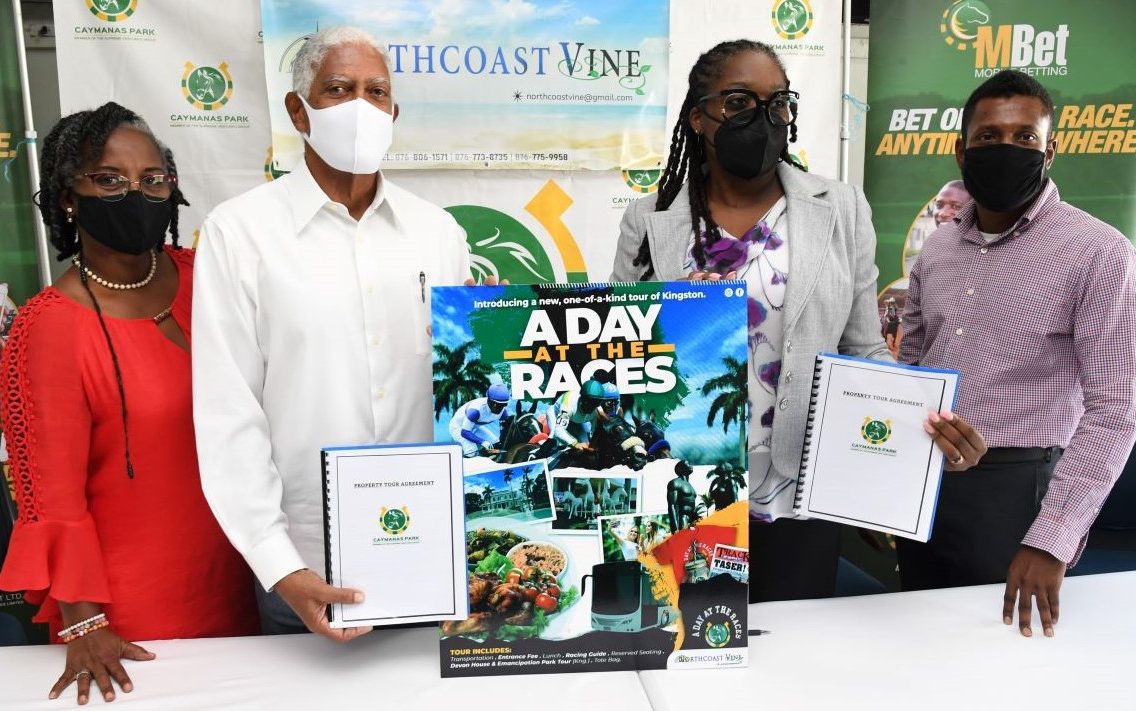 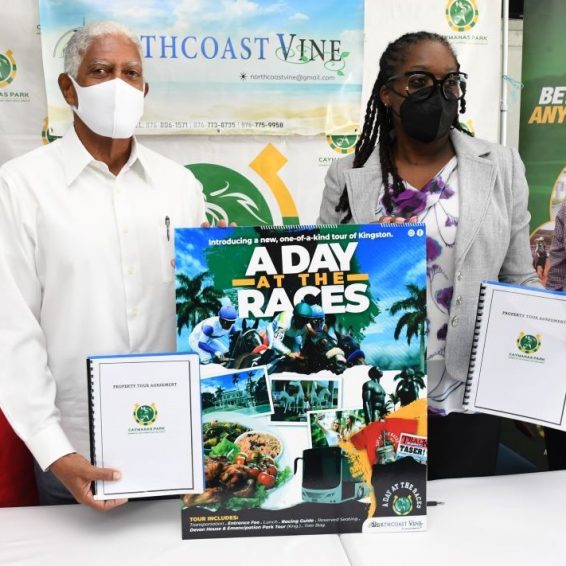 Portmore is slated to see more tourists, starting as early as next month, with Supreme Ventures Racing and Entertainment Limited (SVREL) taking another step to position Caymanas Park as a tourist destination.

Yesterday, at the Portmore, St Catherine-based facility, SVREL General Manager Lorna Gooden signed a deal with North Coast Vine to bus tourists from hotels in St Ann to the racetrack as part of a series of tours dubbed ‘A Day at the Races’. She told the Jamaica Observer afterwards that the partnership was “something we had in mind before and something we attempted to start”, before North Coast Vine approached the company with the proposal.

“Then we came up with the idea of A Day at the Races, where we would extend an offer to tourists within the parish of St Ann to tour the facilitites, enjoy the races and enjoy the meals. And when COVID permits, there are some other things we will put in place,” she continued.

Among the other things she referred to were guests being allowed to enter the winner’s enclosure and tour the stables.

Caymanas Park is Jamaica’s premier equestrian venue, catering mainly to bettors on horse racing. A former sugar estate owned by Alexander Hamilton, the racetrack was designed by Bartholomew Vicens-Oliver and was officially opened in August 1959. After being under Government control since 1975, Supreme Ventures Limited purchased the operation and incorporated it into the SVREL subsidiary. Given the racetrack’s over-60-year history, Gooden asserted that it had a significant place in Jamaican culture.

For North Coast Vine principal Ronald ‘Tony’ Munroe, this partnership with SVREL is an indication of his company’s ability to be nimble and adapt within a crisis. He related that North Coast Vine operated Heather May’s Candy Shoppe in Ocho, Rios, St Ann, but due to the pandemic, and with the advice of Tourism Minister Edmund Bartlett, “we decided to [do] what we think would be more attractive to visitors”.

“What we plan to do is bring guests, mostly from all-inclusive resorts, into Kingston [and Portmore] to enjoy aspects of Jamaica that make it globally famous — taking a switch from the sun, sea and sand to enjoy music, food and culture,” Munroe outlined.

We’ve been granted exclusive rights to sell this tour in St Ann and, so far, everyone seems to be excited about it,” he added.

Gooden chimed in that tours from North Coast Vine would, therefore, allow tourists to “enjoy the horseracing mecca that is Caymanas Park” and present an opportunity for the racetrack to become an “entertainment attraction”.

Tours from St Ann to Caymanas Park are scheduled to begin on December 18, at the beginning of the winter tourist season. Munroe anticipates that, given the parish’s hotel room stock numbering in the thousands, there will be significant demand for North Coast Vine’s tour service.

Asked about how many individuals will be facilitated for each tour, Gooden told Caribbean Business Report: “We have to start small. So, based on COVID, we’re starting with between 15 and 20 and then we’ll go to the big tour buses.”

Just last year SVREL signed a memorandum of understanding with Chukka Caribbean Tours to offer one-day tours of the horseracing facility. In response to a question on the difference between the two agreements, the SVREL general manager said the latter is complementary to the former, on a smaller scale and more focused on hotels in the St Ann market.