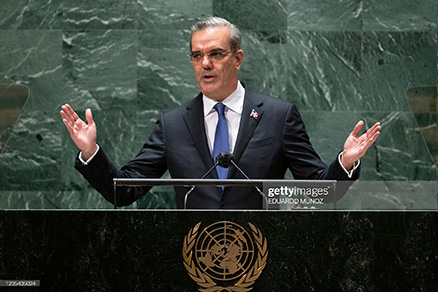 This Caribbean Head Of State Is In The Pandora Papers

News Americas, NEW YORK, NY, Tues. Oct. 5, 2021: The President of a top Caribbean country is among those featured in the explosive Pandora Papers.

Obtained by the International Consortium of Investigative Journalists (ICIJ), the data leak is based on 11.9 million files containing the work of 14 offshore service providers. This body of information has been reviewed and analyzed by a team of 600 journalists, with the participation of media giants such as The Washington Post, The Guardian and the BBC as well as numerous local media sites.

President of the Dominican Republic, Luis Abinader, is among leaders globally who have been identified with offshore corporate bank accounts in tax havens in the data.

The documents link him to two companies in Panama – Littlecot Inc. and Padreso SA. Both were created before he took office and were used to manage assets in the Dominican Republic.

DR media outlet, Noticias Sin’s investigation, said the shares of these companies were initially “payable to the bearer,” an instrument used to hide the beneficial owner of the companies.

A legislative reform in 2018 obliged the Abinader family to publicly register as beneficial owners. Upon becoming president in 2020, Abinader declared nine offshore companies that he controlled through a trust.

He used the same Panama-based law firm, OMC Group used by Colombian singer Shakira for at least three of the offshore companies the Spanish Treasury has been tracking for years.

The Presidency on Monday issued a statement in which it sought to clarify that Abinader presented all the legal architecture, with which he manages the assets accumulated by his own entrepreneurial effort and that of his entire family.

It also pointed out that President Abinader, “has been completely separated from the administration and management of all the companies controlled by the family, incorporated in the Dominican Republic or abroad since he assumed power on August 16, 2020.”