Martinique Under Curfew After Looting

Unrest In Martinique As Protests Against Mandatory COVID-19 Vaccine Strengthens 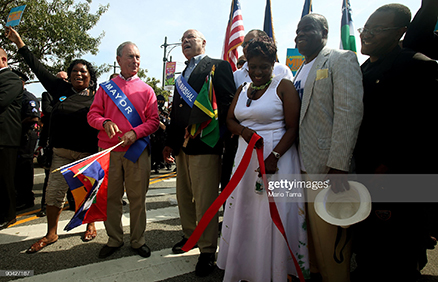 General Colin Luther Powell, the US’ first black and Jamaican American Secretary of State, passed away reportedly from complications with COVID-19.He was fully vaccinated, his family said in a statement on Facebook. The 84-year-old was remembered as a “phenomenal man.”

National Heroes’ Day is a public holiday in Jamaica observed on the third Monday in October. The holiday commemorates seven national heroes from Jamaican history.

Powell was born to Jamaican immigrants Luther Theophilus Powell and Maud Arial (nee McKoy), in Harlem in 1937, and was raised in the South Bronx.

His parents were both of African and Scottish ancestry. His father worked as a shipping clerk and his mother as a seamstress.

He attended the now closed Morris High School, from which he graduated in 1954 and went on to the City College of New York (CCNY), where he earned a bachelor’s degree in geology.

Powell also participated in ROTC at CCNY and received a commission as an Army second lieutenant upon graduation in June 1958.

He was a professional soldier for 35 years, during which time he held many command and staff positions and rose to the rank of four-star general. He was Commander of the U.S. Army Forces Command in 1989.

He served as the 16th United States National Security Advisor from 1987 to 1989.

Powell’s last assignment, from October 1989 to September 1993, was as the 12th chairman of the Joint Chiefs of Staff, the highest military position in the Department of Defense. During this time, he oversaw 28 crises, including the invasion of Panama in 1989 and Operation Desert Storm in the Persian Gulf War against Iraq in 1990-1991.

He went on to become the first black Secretary of State. Prior to the election of Barack Obama as president in 2008, he and his successor, Condoleezza Rice, were the highest-ranking African Americans in the history of the federal executive branch (by virtue of the Secretary of State standing fourth in the presidential line of succession).

This Caribbean Head Of State Is In The Pandora Papers

In 2011, he endorsed Mayor Michael Bloomberg at the annual West Indian American Day Parade in Brooklyn, NY, where he led the parade as a grand marshal and donned a blue sash.

“On behalf of the Government and people of Jamaica, I extend heartfelt condolences to the family of former US Secretary of State, General Colin Powell, as well as the people of the United States,” the Prime Minister of Jamaica, Andrew Holness, tweeted.

“Laura and I are deeply saddened by the death of Colin Powell. He was a great public servant, starting with his time as a soldier during Vietnam. Many presidents relied on General Powell’s counsel and experience,” said former president George W. Bush, under whose administration, Powell served.

“He was decent and honest with people,” said Al Sharpton on Twitter. “Integrity was always at the forefront… this was a guy who truly walked the walk; he lived the words that he spoke… always optimistic.”

“The world lost one of the greatest leaders that we have ever witnessed. Alma lost a great husband, and the family lost a tremendous father, and I lost a tremendous personal friend and mentor,” said U.S. Secretary Of Defense Lloyd Austin. “He has been my mentor for a number of years. He always made time for me, and I could always go to him with tough issues. He always had great counsel.”

(Reuters contributed to this story.)