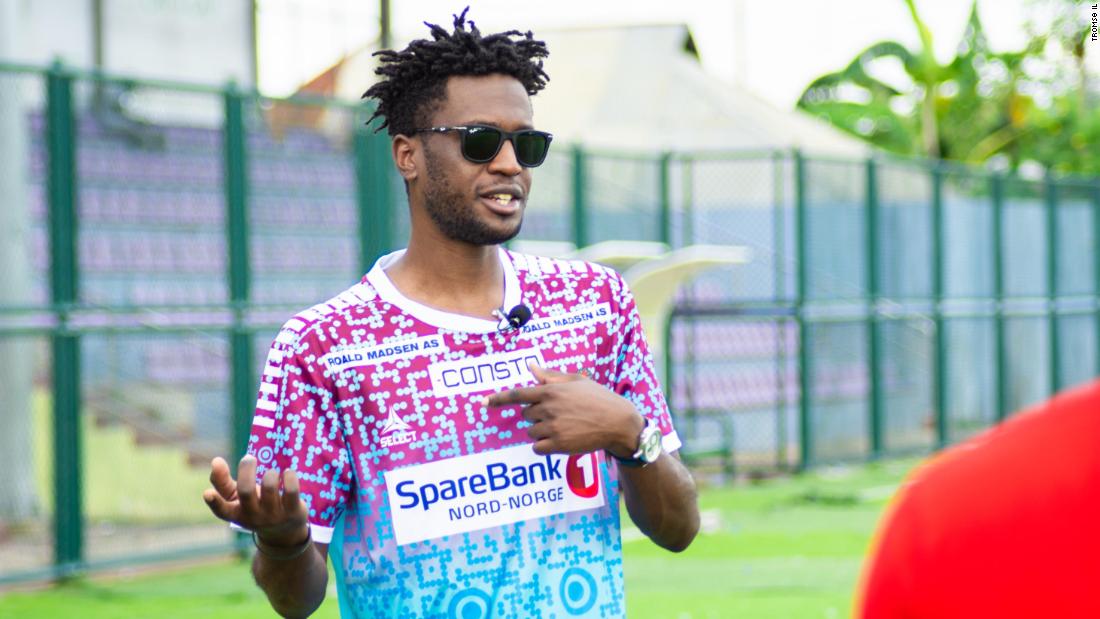 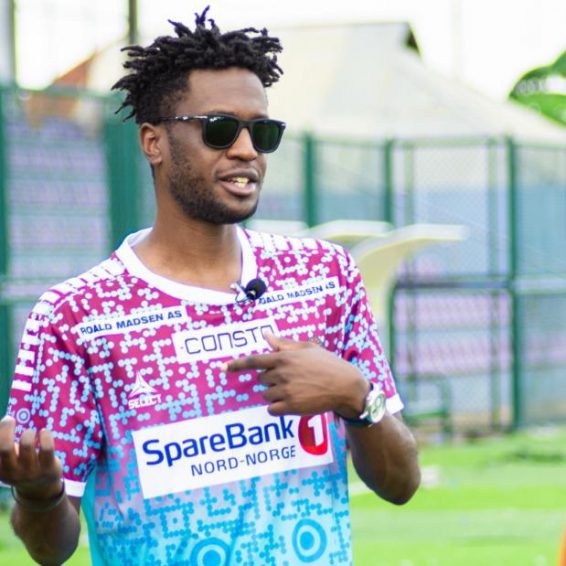 1 month ago·3 min read
ShareTweetPinShare
Home
World News
Soccer club’s uniform features a QR code
The content originally appeared on: CNN
The kit, which incorporates the QR code and the colors of the Qatari flag, is being released by Norwegian club Tromso.
On its website, Tromso said the uniform is the “first kit in history with a QR code.”
The team will wear the kit at home on Sunday for their last game of the season against Viking FC, Tromso’s managing director Oyvind Alapnes told CNN.
“We feel it is our duty to speak out. If we don’t speak out with a loud voice for those who aren’t heard, then who will do it?” added Alapnes.
Read More
“Many people in football are seduced by money and just close their eyes to where the money comes from.
“Therefore, many don’t risk standing up for something. We must dare to ask ourselves: Is it OK that someone dies in order for ‘my team’ to be successful?”
The QR code kit is a collaboration with human rights organization Amnesty International and Malcolm Bidali, a former migrant worker arrested in Qatar for blogging about conditions in the country.
“Qatar should not succeed in sportswashing,” John Peder Egenaes, secretary general of Amnesty Norway said in a statement.
“Brand new stadiums with huge floodlights and beautiful goals must not dazzle us so that we don’t see what happens in the shadows,” Egenaes added.
With less than a year to go before the start of the 2022 World Cup, questions surrounding host nation Qatar’s handling of humanitarian issues show few signs of abating — including those concerning the state’s anti-homosexuality laws and its treatment of migrant workers involved in constructing World Cup stadiums.
FIFA and Qatar’s Ministry Of Administrative Development, Labour and Social Affairs did not immediately respond to CNN’s request for comment.
Tromso in February proposed a boycott of the 2022 FIFA World Cup to the Norwegian Football Federation, while a number of national teams, including Denmark, Germany and Norway, have already highlighted human rights issues ahead of the tournament
Denmark is the latest to do so after announcing that two kit sponsors will give up branding space on the players’ training kit in place of messages highlighting human rights issues in Qatar.
The country’s football union has also said that it will minimize the number of trips to Qatar to avoid promoting events around the World Cup.

Over the past decade, Qatar has been under pressure regarding its treatment of migrant workers involved in constructing World Cup stadiums, with the International Labour Organization (ILO) recently saying that the state is inadequately investigating and reporting workplace deaths.
Qatar 2022: Amid ongoing human rights concerns, World Cup chief promises host nation is ‘tolerant’ and ‘welcoming’
An ILO report said that at least 50 of Qatar’s workers died in 2020, stating that the country was inadequately investigating these deaths. Non-governmental organizations have alleged that migrant workers involved in World Cup infrastructure projects have been mistreated and abused.
Qatar’s Ministry of Labour said in a statement that “figures reported in media on migrant worker fatalities have been wildly misleading.”
“The government has been transparent about the health of our foreign population, and in reality, levels of mortality in Qatar are on par with wider demographics globally. Still, improving the health and well-being of foreign workers remains a top priority,” the Ministry added at the time.
The Guardian reported earlier this year that 6,500 migrant workers have died in the country since Qatar won its bid to host the World Cup in 2010, most of whom were involved in low-wage, dangerous labor, often undertaken in extreme heat.
Lewis Hamilton praised for defending LGBTI rights during F1 Qatar Grand Prix
The report, which CNN has not independently verified, did not connect all 6,500 deaths with World Cup infrastructure projects.
Nasser Al Khater, the chief executive of the tournament’s organizing committee, in November said: “I categorically deny The Guardian statements.”
Last month Al Khater told CNN Sport’s Amanda Davies that Qatar has been treated “unfairly and unjustly” since it earned the right to host the tournament 11 years ago.
“We know that the World Cup brings with it a certain amount of scrutiny. We’ve seen it in the past,” Al Khater said. “But if it’s something that’s going to be catalyst for change, we’re all for it.”
Set to be the first ever World Cup staged in the winter, the 2022 edition is set to kick off in Qatar on November 21 and conclude on December 18.