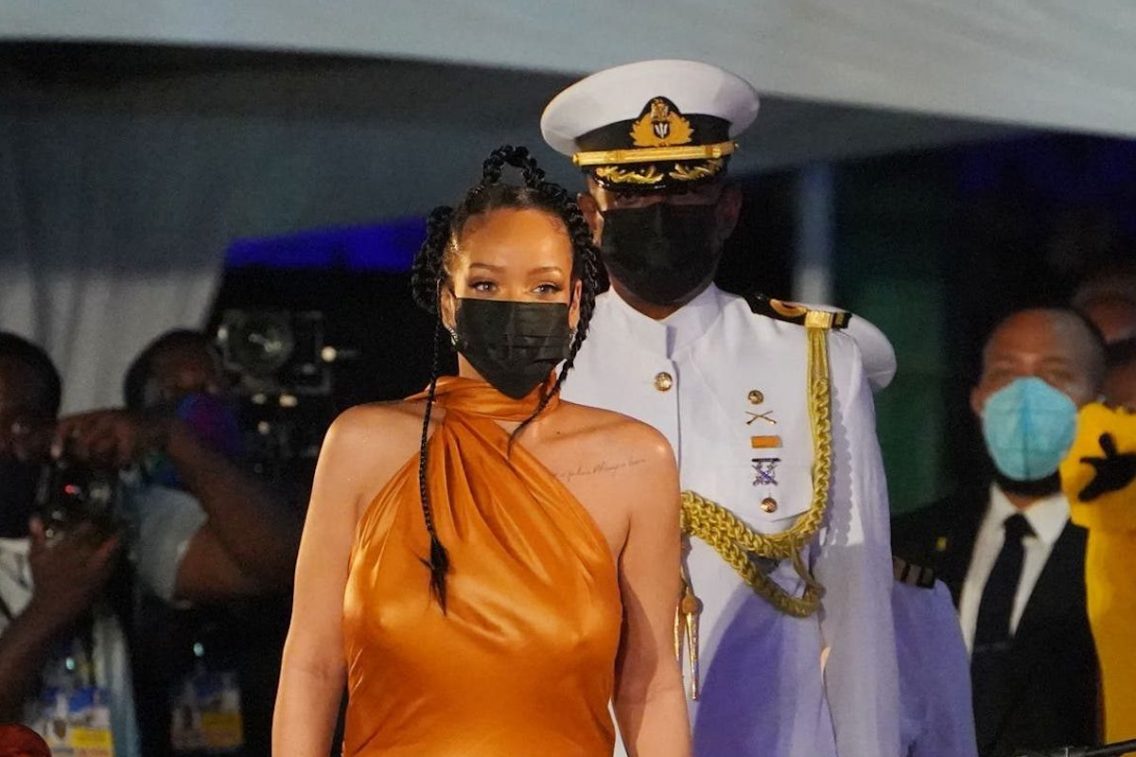 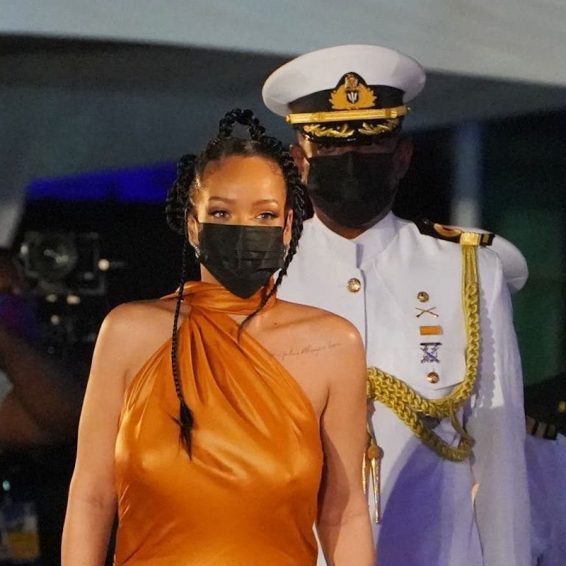 Rihanna Speak After Being Named National Hero: “I love Barbados”

Rihanna says she will always be a Bajan after being named the country’s 11th National Nero.

Barbados officially became a republic on Monday (Nov 29) as the country removed the Queen of England as its head of state and installed its first woman president Dame Sandra.

As part of the celebrations, Rihanna was named a national hero, an illustrious title bestowed on her for her contribution to the island’s development through philanthropy via her Clara Lionel Foundation, which has made numerous donations to the health sector as well as education.

That’s not the only reason she is being recognized. With her blooming fame, Rihanna put her home country on the map worldwide as she always repped Barbados everywhere she went, and she even has her Bajan accent. Through her, the country has benefitted immensely from tourism and investments.

Rihanna is the second woman to receive the prestigious award and the second recipient to still be alive alongside famous cricketer Sir Garfield Sobers. She is also the 11th national hero for the island, which relies mainly on tourism to survive.

On Tuesday, as celebrations continued, Rihanna spoke about the award and said she was surprised by the national gesture.

The singer added that she continues to embody the spirit of her people everywhere she goes.

“Barbadians are proud people you know. We are probably the proudest people I know and no matter where I go in the world I take that pride with me No matter where we go, the world is gonna know that we Bajan to de bone. No matter if it’s the accent, the constant missing chef fete, the sunshine, the people, yall are the true heroes of Barbados. I take yall with me wherever I go. I’m so proud to be Bajan.”

Rihanna, who has residency in Barbados but also lives abroad in Los Angeles for music and work on her Fenty billionaire empire, became emotional as she said she would proudly die Bajan.

“I’m gonna be a Bajan till the day I die. This is still the place I call home. I love Barbados..I pray that the youth continue to push Barbados forward. I’m so proud of you.”

Rihanna also thanked the sitting Prime Minister Mia Mottley for choosing to honor her during the historical moment for the island and noted it was a special feeling being honored on home soil.

“I have travelled the world and received several awards and recognition but nothing, nothing compares to being recognized in the soil you grew in.”

While there have been mixed reviews online about her contributions to the island, back in 2018, the prime minister noted that Rihanna was an ambassador for culture, and she was also a role model to youth in the country.

Aside from work she has done in her home country, Rihanna has also lent her star power to impact the world through a large list of charitable causes, including working with UNICEF for issues affecting children, Feeding America, City of Hope, HIV/AIDS Pediatric Cancer to name a few.

Last year, at the height of the Covid-19 pandemic, she pledged one of the largest public sector donations to Barbados. The singer pledged to support impoverished countries with $5 million in aid, including $700K worth of ventilators, to assist the Barbados response to covid sick patients.

The funds, which are to be distributed through her Clara Lionel Foundation, would cover support for local food banks, purchase medical equipment including PPE for frontline doctors and nurses, and support testing efforts in developing countries like Haiti and Malawi.

Her efforts have been continuous, especially towards Barbados. Last year as students struggled to shift to online learning, Rihanna roped in Jay-Z and Jack Dorsey to help fund a donation for 4,000 tablets for children on the island.

She and Dorsey also worked on previous charitable ventures, including a $4.2 million donation for domestic violence shelters in Los Angeles.