Wondering How Many People Are Living With HIV In The Caribbean?

Empty Shelves As Crisis In Martinique Drags On

Barbados’ Newest National Hero As A Republic Is Rihanna 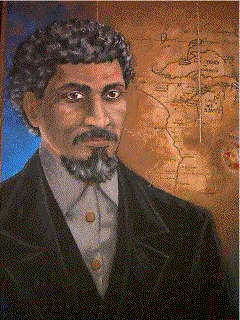 News Americas, NEW YORK, NY, Weds. Oct. 27, 2021: A portion of road in Brooklyn, New York is set to be renamed after the Haitian born founder of Chicago.

Flatbush Avenue in Brooklyn, between Empire Boulevard and Foster Avenue, is set to renamed the Jean Baptiste Point Du Sable Boulevard on November 14th, after the famous Haitian migrant.

A ceremonial renaming will be hosted by Haitian-born New York Council Member Mathieu Eugene, in partnership with Speaker Corey Johnson and The Black, Latino, and Asian Caucus, Elected Officials, and Community Partners from 4 – 6 p.m. on Nov. 14th at the corner of Flatbush Avenue and Clarendon Road.

The event will also honor the life and legacy of Jean Baptiste Point Du Sable.

Jean Baptiste Point du Sable is regarded as the founder of the city of Chicago, then called Eschikago. Point du Sable was born in 1745 in Saint-Marc in Saint-Domingue (now Haiti). He wasthe first permanent resident of what became Chicago, Illinois after he moved to settle at the mouth of the Chicago River in early 1790.

However, by 1800 he sold his property and moved to St. Charles, Missouri, where he died in 1818. In Chicago, a school, museum, harbor, park and bridge have been named, or renamed, in his honor; and the place where he settled at the mouth of the Chicago River is recognized as a National Historic Landmark, now located in Pioneer Court. The US Postal Service has also honored Point du Sable with the issuance of a Black Heritage Series, 22-cent postage stamp on February 20, 1987.