This Star Gets A Caribbean Mansion For A Birthday Present 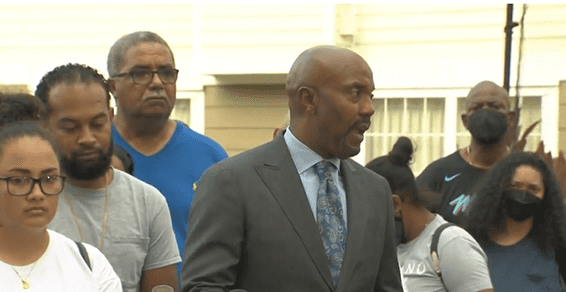 News Americas, FORT LAUDERDALE, FL, Mon. Oct. 4, 2021: The family of Caribbean roots Miya Marcano on Sunday night seemed to all accept she is dead, even though the Orange County Sheriff’s Office has only said the body found Saturday is “believed to be” Miya’s.

The family held a press conference to thank the public for their support as their attorney, Daryl K. Washington, stressed accountability. He did not say that the family has yet taken action against Arden Villas, where Mia lived and worked at the time she went missing, but he said he believed they were “negligent.”

The Valencia College student went missing on Sept. 24 after she was last seen at Arden Villas Apartment complex. The building’s maintenance worker, Armando Caballero, was named the prime suspect.

Police said they think Caballero, who worked as a maintenance man in Marcano’s building, used a maintenance-issued key fob to open her apartment door.

They said Caballero had shown a romantic interest in Marcano but was “repeatedly rebuffed” as she did not feel the same way. He reportedly entered Marcano’s apartment using a master key just minutes before she was last seen at the apartment complex.

A warrant had been issued for his arrest, but before he could be caught and questioned, his body was discovered in the garage of another apartment complex by maintenance workers at that complex.

“This person should have not had that key fob, based on that person’s record,” Attorney Washington said. “The only way he was able to get access to that apartment without permission was with the key fob.”

Miya was the daughter of Trinidad born, US-based deejay Marlon Marcano, aka DJ Eternal Vibes and Giselle “The Wassi One.”

The 19-year-old was set to fly to Fort Lauderdale on Friday evening, September 24th, but never boarded her flight.

The family also mentioned they will be starting a foundation in Miya’s name to focus on safety at apartment complexes for young girls and college students like Miya. Miya’s father was present at the presser along with numerous family members, but did not speak.

“There need to be changes,” Attorney Washington said on the family’s behalf. “We’re going to make sure another young girl doesn’t have to deal with what Miya had to deal with.”