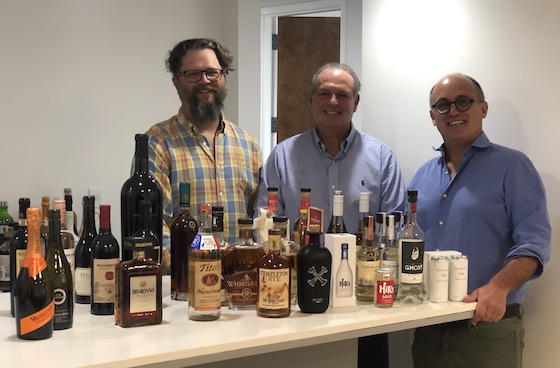 Premium wine and spirits distributor WEBB Banks has ambitious plans to widen its footprint in the Caribbean by tapping into the cannabidiol (CBD) and wellness market.

Already providing travel retail in Central America and the Caribbean with wine and spirits, the Miami-based company said it has invested a significant amount in its new wellness division WB Canna Co & Wellness, which was launched earlier this year.

The division focuses on distribution of top-quality CBD and wellness products in the Caribbean.

CEO of WEBB Banks Andy Consuegra told the Jamaica Observer that the new subsidiary has been launched in Puerto Rico, Aruba, US Virgin Islands, Bermuda, St Martin, and will shortly be in Panama and Costa Rica.

“The general reception has been good, moving quite well but still early days. It takes a while, however, to make sure that we’re in compliance and that all the documentations and regulations are all aligned and done properly,” Consuegra said, noting that the company is supplying retailers through its distributors.

WB Canna Co & Wellness offers products from brands such as cbdMD, Secret Nature, sports drink BioSteel, and from the late reggae legend Bob Marley, Marley — which ranges from CBD-infused teas and beverages to skin care.
Consuegra told the Caribbean Business Report that the company plans to launch the wellness division in Jamaica, as it relates to BioSteel.

Founded in 2009, BioSteel focuses on delivering premium ‘clean, healthy, hydration’ to consumers and athletes across the globe. It touts lower calories, no artificial flavouring and colourings, and five electrolytes over the usual three.
BioSteel is now the official drink in major cities across North America via NBA deals with the LA Lakers, Brooklyn Nets, Dallas Mavericks, Philadelphia 76ers, and Toronto Raptors.

The partnership with WB Canna Co & Wellness marks the first time that BioSteel products will be available in the region.

The CEO said, too, that the wellness division is projected to breakeven in 2022.

According to Forbes, the CBD market is expected to soar to US$19.5 billion in 2025, but only if US Food and Drug Administration approve CBD as a legal additive in 2022.

At the start of 2020, WEBB Banks was on a path to achieving its best year yet, Consuegra told the Caribbean Business Report.

However, despite the devastating impact of the novel coronavirus pandemic on tourism-dependent countries — WEBB Bank’s main market — the liquor distributor was able to end the year with sales only down 10 per cent when compared with 2019 due to alcohol demand in the US and its territories.

“What happened early on during the pandemic was that people started trading up, they weren’t going out to restaurants but they wanted some indulgences so they started to buy little bit more premium [spirits and wines] than they used to. Once they did that and upgraded, they stuck to it,” Consuegra said.

While he noted that alcohol sales were down around 70 per cent for 2020 in Jamaica and for other markets that remained closed, he indicated that working relationships with partners were critical to extend terms, as well as managing risks.

But as economies reopened and consumers’ confidence rose, the WEBB Banks continued to achieve high sales.

“People were home for a long time and once they were able to do it and felt comfortable doing it they wanted to get out. But the American consumer wasn’t quite ready to go back to Europe, Latin America, there might have been a couple spots in Central America but they weren’t quite ready to go too far away, so the Caribbean markets that were open became very attractive to them,” Consuegra explained.

According to him sales in Jamaica is up 20 per cent year to date despite the tourism numbers still being well below 2019, and year to date the company is trending up around 40 per cent for total business when compared with 2019.

“We’re optimistic so we will continue to have people out in the market working with the distributors, with the resorts, bars and restaurants…to drive superior distribution and sales through increased scale and focus,” Consuegra said.