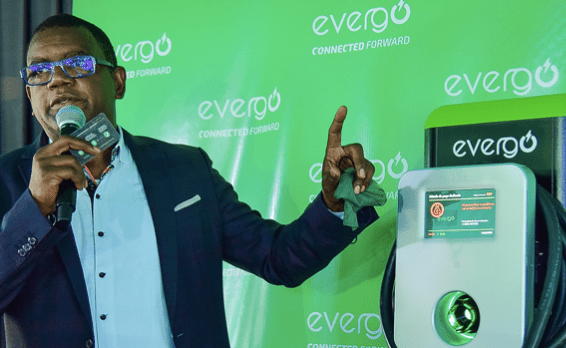 Evergo Jamaica has earmarked US$1 million for the second phase of its installation of electric vehicle (EV) charging stations across the island.

“We intend to invest in over 300 chargers in the next two years. The value of that investment is US$1 million,” Evergo Jamaica President & CEO Wayne McKenzie told Jamaica Observer last week.

The company is currently rolling out 60 of its charging stations as part of the first phase, which it announced in May of this year at a launch at LFA Country Store in Richmond Estates, St Ann. So far, it has commissioned and energised seven chargers — two in Montego Bay, St James, two at Richmond Estates in St Ann and three in Kingston.

“We also have another 16 awaiting JPS connection,” Mckenzie said, adding that come December 31, 2021, he expects Evergo Jamaica will reach its target.

To achieve this, Evergo Jamaica will be relying on the partnership with GB Energy-Texaco Jamaica it signed onto last month. According to a release from the petrol station franchise owner, it agreed to install EV chargers at two selected locations in October — Ironshore, St James and Paradise in Westmoreland. In addition, GB Energy will install even more chargers at another two Texaco service stations by the end of 2021.

“As we strive to reduce the nation’s carbon footprint and energy bill through the installation of EV charging stations, we are elated and confident that our partnership with GB Energy-Texaco Jamaica will contribute to the successful implementation of these goals. We anticipate the full execution of Evergo’s charging infrastructure at Texaco locations and others across the island as we aim to strengthen the Government’s transition to more climate-friendly and cost-efficient energy and transport sectors,” the release quotes McKenzie stating at the signing ceremony.

CEO of GB Energy Texaco Jamaica Bela Szabo (left) and director of strategic planning, facilities and IT at Jamaica Energy Partners, Kevin Francis, officially sign an agreement between both companies for the installation of electric vehicle chargers at a number of Texaco sites island-wide. The signing took place recently at GB Energy’s Head Office in New Kingston. The installations are to be completed by the end of the year.
(Photo contributed by GB Energy-Texaco Jamaica)

For his part, CEO of GB Energy-Texaco Jamaica, Bela Szabo underscored that the partnership with Evergo Jamaica forms part of the company’s efforts to convert to cleaner energy as well as support Jamaica’s National Energy Policy. The policy aims to promote the increased importation of fuel-efficient vehicles over the next decade and aligns with the Government’s commitments to United Nations Conference of Parties agreements to reduce carbon emissions to ensure global temperature increases by less than 1.5 degrees by 2030

“There is no doubt we will see an increase in interest in electric vehicles in Jamaica in the near future and, therefore, as part of our commitment to constant innovation, we continue to strive towards meeting the needs of our customers,” Szabo stated at the signing event.

“This was a natural partnership for us, given the convenience of our locations and Evergo’s strong commitment to increasing the availability of electric vehicle chargers across the Caribbean and South America,” he added.
Evergo has shared similar sentiments, noting that although Jamaica’s — and the Caribbean’s — electric vehicle market is relatively untapped, it is poised for growth over the next decade. The company also said that its first phase of installations will bolster the Government’s transition to a more eco-friendly and cost-efficient transport sector marked by energy conservation.

Parent of Evergo Jamaica, InterEnergy Group, is also deploying another 500 EV charging stations in The Dominican Republic and Panama as part of a US$1.2-million partnership it entered into with Blink Charging back in January 2020.

“As InterEnergy Group, we have a strong commitment towards renewable energy, contributing to the Sustainable Development Goals. The moment has come for a real, energetic, and tangible transition, and electric mobility is part of this change. We want to be at the forefront of this transformation with initiatives that bring efforts together to help society to be part of this change. Electric mobility has been a reality throughout the region of the Caribbean and Latin America. Our new initiative, Evergo, makes our dream a reality towards a future that is more present than ever,” Rolando Gonzalez Bunster, president and chairman of the InterEnergy Group, said at the launch of Evergo Jamaica back in May.

McKenzie told Sunday Finance, “Even with the roll-out of the initial 60 charging stations, we intend to make them available to Jamaicans across all parishes. Range anxiety should never be a concern of EV, PHEV (plug-in hybrid electric vehicle) or BEV (battery electric vehicle) owners.”

With a new target of 300 more EV stations for installation in Jamaica, the CEO said the company plans to sign with other service station operators.