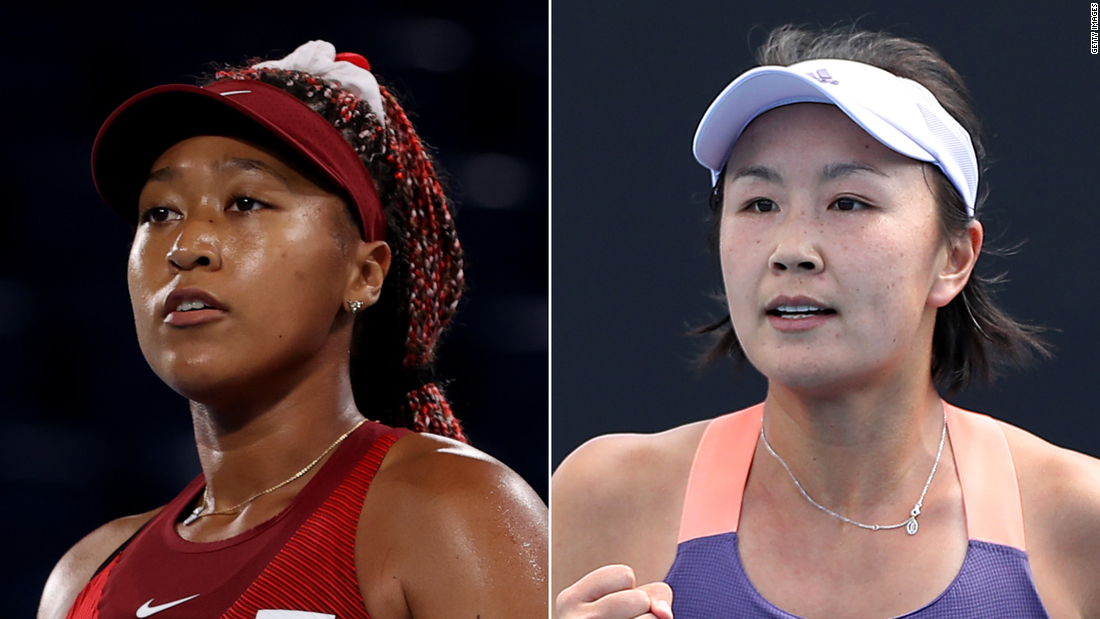 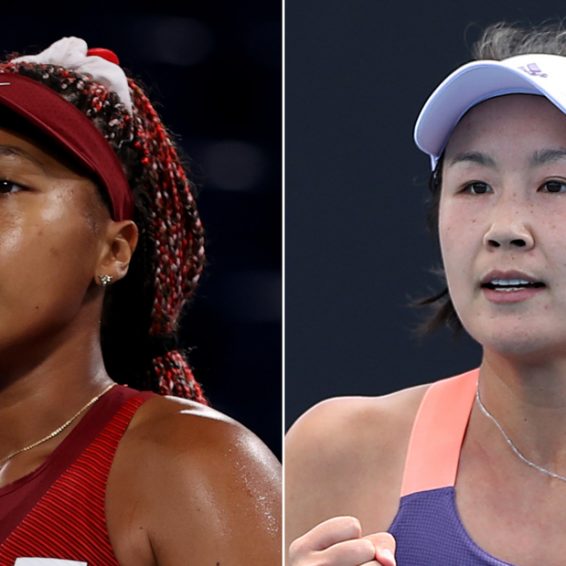 1 week ago·5 min read
ShareTweetPinShare
Home
World News
Doubts cast on alleged email from tennis star Peng Shuai amid worries over her whereabouts
The content originally appeared on: CNN
China’s state-owned television broadcaster CGTN released the email, purportedly from Peng, in the early hours of Wednesday morning local time, amid growing international concern for her whereabouts.
One of China’s most recognizable tennis stars, Peng has not been seen in public since she accused former Vice Premier Zhang Gaoli of coercing her into sex at his home three years ago, according to screenshots of a since-deleted social media post dated November 2.
Her post on Weibo, China’s Twitter-like platform, was deleted within 30 minutes of publication, with Chinese censors moving swiftly to wipe out any mention of the accusation online. Her Weibo account, which has more than half a million followers, is still blocked from searchers on the platform.
Chinese tennis star accuses former top Communist Party leader of sexual assault, triggering blanket censorship
The email — which has not been verified by CNN — claimed Peng is fine and appears to walk back her sexual allegations. It was sent to the WTA Chairman and CEO Steve Simon, CGTN reported.
Read More
Simon has said he doubts the email is authentic.
“The statement released today by Chinese state media concerning Peng Shuai only raises my concerns as to her safety and whereabouts,” Simon said in a statement. “I have a hard time believing that Peng Shuai actually wrote the email we received or believes what is being attributed to her.”
He added: “Peng Shuai must be allowed to speak freely, without coercion or intimidation from any source. Her allegation of sexual assault must be respected, investigated with full transparency and without censorship.”
The alleged email was released by CGTN only in English and domestic Chinese media have not reported on its contents, despite Peng being a household name in China.

Following the decision by the WTA to issue a statement demanding China respond to Peng’s allegations Sunday, a growing number of prominent athletes have spoken out on the issue.
“Censorship is never OK at any cost, I hope Peng Shuai and her family are safe and OK. I’m in shock of the current situation and I’m sending love and light her way,” tennis superstar Naomi Osaka said as part of a Twitter statement on Tuesday, alongside the hashtag #WhereIsPengShuai.
Tennis legend and 39 time Grand Slam championship-winner Billie Jean King said on Twitter, “Hoping that Peng Shuai is found safe and that her accusations are fully investigated.”
And former world No.1 Chris Evert said, “these accusations are very disturbing.”
“I’ve known Peng since she was 14; we should all be concerned; this is serious; where is she? Is she safe? Any information would be appreciated,” she said in a post on Twitter.
Tennis’ popularity in China has grown rapidly over the past few decades, with several Chinese players breaking into the global rankings. The women’s game, in particular, is a big market, thanks in part to the success of Chinese tennis star Li Na, who in 2011 became Asia’s first grand slam singles tennis champion when she won the French Open, followed by a second major title at the 2014 Australian Open.
In recent years, the WTA has made a big push into China. In 2019, China hosted several WTA tournaments, including the WTA Finals held in Shenzhen for the first time that year. The event is set to return to the Chinese city from 2022 and be held there every year until 2030, according to the WTA.
The direct and highly public intervention of the WTA is unusual for an international sporting body. Perceived criticisms of China, which is also due to host the 2022 Winter Olympics in February, have previously resulted in significant public and political backlash, as well as loss of access.
In 2019, the National Basketball Association (NBA) became caught between free speech and the lucrative Chinese market when Houston Rockets General Manager Daryl Morey tweeted his support for anti-government protesters in Hong Kong. The response from China was severe, with the NBA’s Chinese partners suspending ties, state broadcaster CCTV halting all broadcasts of preseason matches.
Last month, NBA faced a similar firestorm with Boston Celtics center Enes Kanter’s social media posts bringing awareness to China’s treatment of the Uyghur community, Tibet, Taiwan and Hong Kong.

Peng’s explosive #MeToo allegations against former Vice Premier Zhang Gaoli have continue to reverberate across China, despite authorities’ attempts to to wipe out any mention of such a politically sensitive scandal.
Zhang, 75, served on the ruling Communist Party’s seven person Politiburo Standing Committee — the country’s supreme leadership body — from 2012 to 2017 during Chinese leader Xi Jinping’s first term in power. He retired as vice premier in 2018.
In her post, which reads as an open letter to Zhang, the 35-year-old tennis star alleges a relationship over an intermittent period that spanned at least 10 years.
“Why did you have to come back to me, took me to your home to force me to have sex with you?” she wrote.
Peng said she did not have evidence to prove her allegations, and claimed Zhang was always worried that she would record things.
“I couldn’t describe how disgusted I was, and how many times I asked myself am I still a human? I feel like a walking corpse,” wrote Peng.
CNN cannot independently verify Peng’s post, and has reached out to both her and China’s State Council, which handles press inquires for the central government, for comment.
Jennifer Hsu, a research fellow in the diplomacy and public opinion program at the Lowy Institute, said Beijing is “acutely aware” of the negative light Peng’s accusations cast on the Chinese Communist Party.
She said it was “possible the email was shared to an international audience to ward off further international scrutiny of the party-state.”
“People who accuse current government officials or former officials in China can expect consequences,” Hsu said. “The public accusation against the former vice premiere may perhaps prompt other women to bring allegations of sexual misconduct by Communist Party members to the public and this something the party wishes to prevent. And thus, the ‘disappearance’ of Peng Shuai is perhaps a strategy used to deter other accusers from coming forward.”
On Wednesday, China evaded questions from the media about Peng’s allegations against Zhang.
Chinese MOFA spokesperson Zhao Lijian suggested reporters should reach out to the “competent department,” despite reporters remarking on the lack of response from the Ministry of Public Security.
Speaking at a press conference, Zhao was asked about the WTA’s concerns over Peng’s “safety and whereabouts” and if the government planned on taking any action, to which Zhao said the issue “wasn’t a diplomatic matter,” declining to comment any further.
When asked again on Thursday about Peng’s whereabouts, Zhao repeated that her sexual assault accusation is not a diplomatic issue and declined to comment further.

CNN’s Beijing bureau and Mitchell McCluskey in Atlanta contributed to this report.