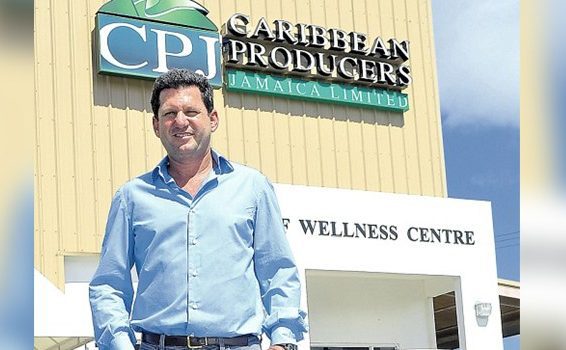 With the worst of the novel coronavirus pandemic gone following the global shutdown in March 2020, Caribbean Producers Jamaica Limited (CPJ) is looking to expand its physical footprint in Jamaica and St Lucia, as well as acquire an overseas company in the near term.

CPJ is a manufacturer and distributor of its own fresh juices and meats plus other non-food supplies along with the wholesale operation of its CPJ Market in Kingston and Montego Bay. Apart from supplying the retail entities like supermarkets and food stores with products, it also supplies the hospitality sector including hotels with the food prepared for the tourists coming into Jamaica.

The company was adversely impacted in 2020 with the pandemic cutting off the island’s flights and global travel restrictions limiting the inflow of traffic into the island. Now that air traffic is improving to the second city (MoBay) and the hospitality sector is recovering well, CPJ will be looking to expand its MoBay location to 6,000 sq ft. Air traffic to the Sangster International Airport was down 26 per cent to 191,000 terminal passengers for September compared to September 2019.

“We are expanding the CPJ Market which is primarily aimed at the food service customers. It’s not a supermarket, but a chef’s market. We have a store in Kingston and Montego Bay with a third store being looked at as we speak. We’re expanding in St Lucia as well. There’s something much more significant in the company that we’re looking as we have put in the right people, processes and technology,” said CPJ Chairman Mark Hart in a call with Sunday Finance.

“We are considering acquiring another company and looking at going offshore in a very exciting destination to acquire a target. We decided to graduate after doing all that work to restructure the company. This opportunity will require more capital and we will most likely be going out to the market at some point. If you know the constraints of the Junior Market, we couldn’t raise any additional capital there as we were very close to that threshold. It would have not afforded us anything material to capitalise on these opportunities. The company is going to be much more robust than it has been, and we feel like the investing public will be very excited when we get to make it public,” noted Hart.

Though Hart didn’t comment on where the company’s acquisition target is located, he did note that the move to the Jamaica Stock Exchange’s Main Market was one of the moves made to position it to finance the acquisition.

CPJ had raised $425.75 million in its July 2011 initial public offering which wasn’t far from the Junior Market’s cap of $500 million. With the move to the Main Market, CPJ will be able to undertake a rights issue, additional public offering or another equity structure to raise larger sums of capital.

CPJ’s internal restructuring has netted it some significant gains as the company generated a US$1.33 million net profit attributable to shareholders for its fourth quarter ending June 30, 2021. This was the company’s first quarterly net profit generated in more than two years following the information technology mishap in 2018. CPJ still ended the 2021 financial year with a net loss to owners of US$2.26 million.

Despite these events, Hart remains comfortable and confident of CPJ’s direction especially with the US$600k per month in additional savings from its recent restructuring. As an essential business, CPJ was able to operate through the recent lockdown measures with only its retail business being affected which represents about 20 per cent of the business. Hart also emphasised that the company doesn’t have any cash flow issues despite receiving waivers from its lenders in the last three years. CPJ’s total assets were up 11 per cent to US$61.35 million while its total liabilities were up by 19 per cent to US$51.08 million. Equity attributable to shareholders was down by 17 per cent to US$15.64 million.

“We feel that with the structure of the company and profitability that we expect to realise in the next six months. The last four months of the company’s operations (June – September) have been the best four months in the company’s history in terms of profitability. The cost savings and efficiency from the restructuring will allow us to change our debt structure. We will seek to have a more diversified company over the next 24 months. The company is very optimistic about the prospects going forward,” stated Hart.