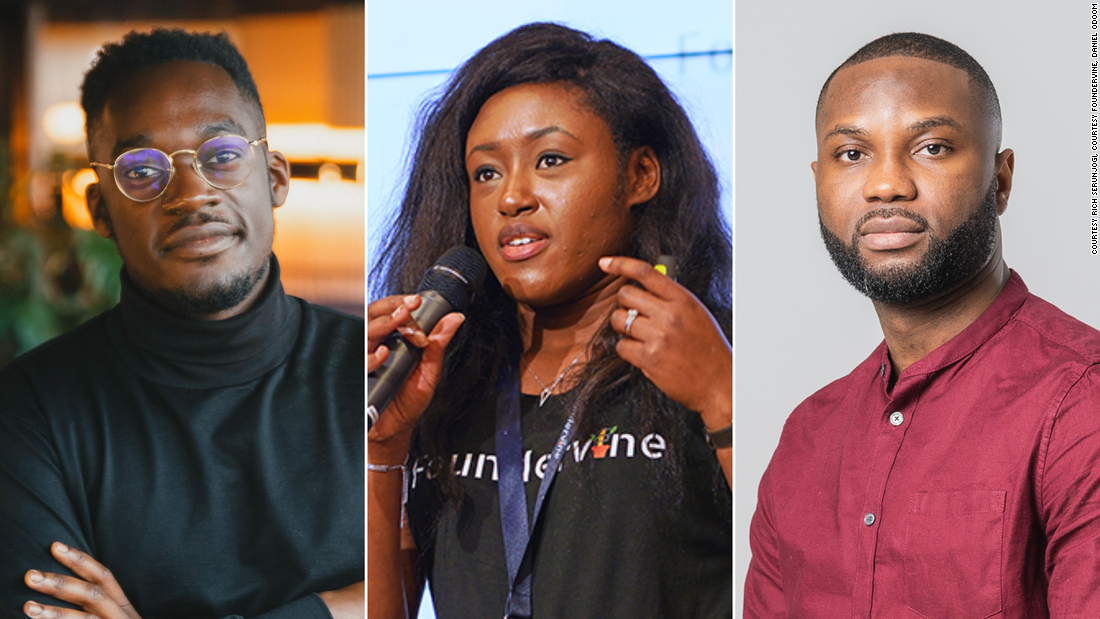 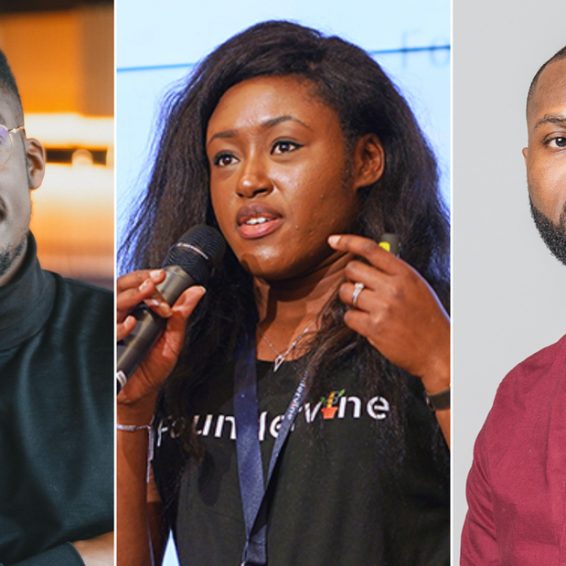 1 month ago·7 min read
ShareTweetPinShare
Home
World News
Black tech entrepreneurs struggle to find funding in the UK. Now they’re looking abroad
The content originally appeared on: CNN
More than a year after the Black Lives Matter protests prompted the UK government to investigate discrimination against Black business owners, British venture capital firms continue to neglect Black and ethnic minority founders despite a booming startup scene.
“It is clear that the UK is not the place to try and get funding for your startup,” says Rich Serunjogi, founder of Business Score, which matches e-commerce companies with working capital financing. “Only the very best [UK] VCs are interested. The second-tier funds tend to ignore Black founders and give excuses such as the business’ market size not being big enough or the idea being ‘too niche’.”
Between 2009 and 2019, only 0.24% of all venture capital available to UK startups went to just 38 Black founders, according to Extend Ventures, a non-profit that tracks the investment barriers minority businesses face.
Comparable data for 2020 has not yet been released, but it was a bumper year overall for UK startups trying to raise funds, with venture capital firms investing a record GBP11.3 billion ($15 billion), according to recent research by Tech Nation, a UK public-private body that helps British technology companies grow.
Read More
Britain also got its first Black-owned unicorns this year. Zepz (formerly WorldRemit) raised GBP218 million ($292 million) and Marshmallow GBP62 million ($85 million), taking them to valuations of $5 billion and $1.25 billion respectively.
But at the critical stage early in the life cycle of a startup, Black founders face a much tougher time. They say not enough UK funding is coming their way.
“It’s a mixed bag,” says Izzy Obeng, managing director of Foundervine, a social enterprise that helps underrepresented entrepreneurs who want to set up a business.
“The challenge is that there are a lot of performative gestures, but not enough investors looking into the data on investment in Black-owned startups, and also at the funds being created by Black fund managers and the amount going to diverse founders,” she adds.
The British Private Equity and Venture Capital Association told CNN Business it is “acutely aware of the challenges faced by founders from Black and other ethnically diverse backgrounds,” adding that it had held discussions with Extend Ventures and venture capital firms to discuss action that can be taken.
“Our most recent report does show that some progress has been made on gender since 2019, but it is clear there is more work needed to ensure proper representation for all, including on ethnicity,” it said in a statement.
There are no Black execs at the top of Britain’s biggest companies
Some entrepreneurs like Benedict Odoom, the founder of an agritech startup called Kilimo IOT, have given up on venture capital and are self-funding their businesses through side projects or family and friends while hoping for the appearance of an angel investor — a wealthy individual or family that backs small businesses with early-stage funding.
“It’s been a bit difficult trying to break through,” Odoom says. He recalls encounters with venture capitalists where he was told he was “too early” or overly ambitious. His lack of experience in the sector was also raised repeatedly.
Against this backdrop, foreign investors are bringing a much-needed windfall. American, and more recently Japanese, venture capital directed at ethnic and social minorities across Europe is helping some Black British tech entrepreneurs.
In October 2020, Google (GOOGL) Ventures brought its Black Founders Fund to Europe. It’s a $2 million version of the US accelerator it launched following the protests sparked by the killing of George Floyd in May 2020. The European program selected 12 startups from 800 applicants, offering them $330,000 (GBP249,527) each in cash and Google Ad grants as well as credit to use on the Google Cloud Platform.
This year, Japanese investment giant SoftBank also transplanted a version of its US Emerge accelerator to Europe, providing early-stage funding to ethnic and other minorities across the region. SoftBank (SFTBF) is partnering with five European venture capitalists who shortlisted nine underrepresented founders from 600 applicants in 30 countries. Of the nine selected, three are Black British. They were scheduled to pitch to several investors on December 9.
As encouraging as these programs are, Black British business owners say they face longstanding obstacles way beyond a lack of capital.
“If you are a minority, you get disparate treatment. This is not anecdotal,” says Gary Stewart, a UK-based African American founder of two startups in the United Kingdom and one in Spain.
A former venture capitalist and visiting professor at Yale Law School, Stewart was part of a British Business Bank working group tasked by the government after the 2020 protests to investigate discrimination faced by Black business owners. He tells CNN Business that the government ultimately dismissed the group’s recommendations, which included “how entrepreneurs/ business owners from ethnic minority backgrounds are represented in the national policy debate and by financial services,” and “increasing the availability of data on entrepreneurs of ethnic minority background.”
Asked why the proposals were rejected, a Cabinet Office spokesperson said the UK government was “absolutely committed to building an economy where everyone, regardless of their background or income, can access the financial services and products they need.”
Stewart says that reticence from British investors to engage with Black founders after last summer’s unrest was in keeping with the UK government’s own denial of the existence of institutional racism and its effect on British people of color in a report published in March this year. The report received widespread condemnation, including from the United Nations.
“The vast majority don’t even see why you need to have these conversations. And the government is in line with the national perception,” Stewart says.
The UK government spokesperson said it would set out its proposals for creating “a step change in attitudes to race” in due course.

A tale of two founders

That leaves entrepreneurs looking across the Atlantic.
“Try as much as possible to get funding from the US and [experience with] accelerators as a stamp of approval,” Serunjogi advises others starting out on the funding trail.
After a fruitless two-month search for seed investment in the United Kingdom, Serunjogi got a place in 2019 on the highly-competitive Y Combinator accelerator program in San Francisco, an experience he describes as “amazing.”
“Really brilliant networking and lots of advice. I felt very lucky at the time,” he says.
Microsoft’s Jacky Wright had to leave the UK to become its most influential Black person
Serunjogi’s experience in America echoes that of other frustrated Black British talent who have been forced to pursue opportunity in the United States in order to realize ambitions thwarted at home.
Back in London, Serunjogi secured GBP1.4 million ($1.9 million) in pre-seed capital from four investors: Y Combinator, and privately from its British-born founder Paul Graham, London-based LocalGlobe and Impact X Capital, a Black-run venture fund. Two years later, Business Score is seeking GBP5 million ($6.74 million) in a second round of funding. That’s proving more of a challenge.
“They expect you to have more traction by now. There is definitely a higher bar placed for Black founders at this stage,” Serunjogi says.
At Kilimo IOT, which is trying to break into the global vertical farming market, Odoom says that if he were to take the rejections “at face value” he would say they were because his company is at an early stage of development without signed customers.
But he says foreign investors are willing to give him more of a hearing. At this year’s Web Summit in Lisbon, Portugal, he was surprised by the level of international interest, particularly from a US-based angel investor syndicate, and some Romanian, Polish and Latin American investors.
“It kind of opened my eyes to the fact that we need to look beyond the UK,” says Odoom. “If you had told me two weeks earlier that there’d be so much interest, I would not have thought of it.”

One bright spot for Black founders is the recent emergence of grassroots organizations working to bridge the gap between minority entrepreneurs and the funding environment that all too often excludes them.
Some are so-called “impact” VCs or angel investors like 10X10 and Impact X Capital that look to effect social change as well as generate a financial return.
Others are social enterprise companies like YSYS and Foundervine, helping Black and other excluded minority founders through coaching and familiarization with the world of venture capital, even in some cases connecting them with potential investors.
From what they say, some of that groundwork is beginning to pay off.
“This is the first true year where it has been very encouraging and very positive. So many Black founders are getting capital now,” says Andy Davis, co-founder and partner at 10×10 — a group of Black VCs and founders and angel investors in minority-run startups.
Last year, Davis published The Black Report, the first piece of research into Black pre-seed startup founders in the United Kingdom.
“In the third quarter [of 2021], you had one founder that had taken 18 months to get GBP150,000 ($198,000) for their first round and suddenly ended up with GBP2 million ($2.6 million) in the next round really quickly. There’s [VC] confidence in markets where you go big, especially in software. The VC market respects ambition,” he says.
Obeng of Foundervine says she has seen “elements of positive growth” recently among black founders. Foundervine developed an accelerator program for minority founders with Barclays (BCS), now in its second year.
“I think we’re starting to see founders get the skills and the investment. We’re certainly seeing more companies getting into investment readiness programs,” which she says has translated into more funding in some cases.
Davis and Obeng both namecheck AudioMob, a startup that provides non-disruptive audio advertisements in videogames, as one recent beneficiary. AudioMob raised GBP10.6 million ($14 million) in November.
Three of the four investors were American.