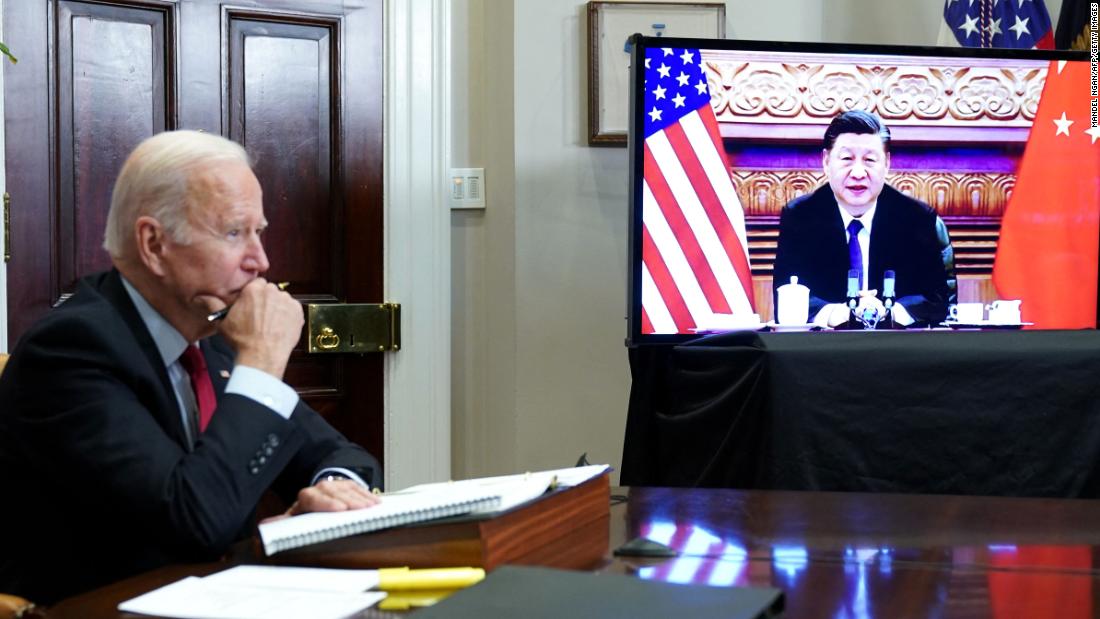 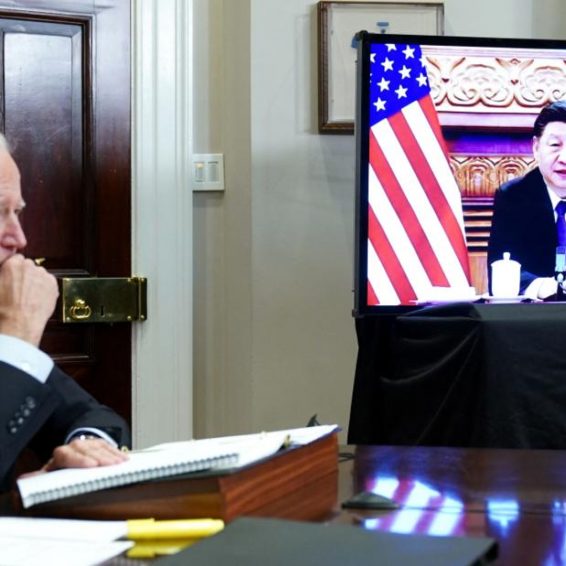 1 week ago·4 min read
ShareTweetPinShare
Home
World News
Biden says Taiwan’s independence is up to Taiwan after discussing matter with Xi
The content originally appeared on: CNN
“I said that they have to decide — Taiwan, not us. We are not encouraging independence,” Biden said on an airport tarmac in New Hampshire, where he was promoting his recently signed infrastructure law.
“We’re encouraging that they do exactly what the Taiwan Act requires,” he went on, referring to the 1979 law dictating the American approach to the island. “That’s what we’re doing. Let them make up their mind. Period.”
Explaining his position earlier while greeting attendees following his infrastructure speech, Biden said he had made limited progress on the topic with Chinese President Xi Jinping.
“We made very clear we support the Taiwan Act, and that’s it,” he said, shaking hands near a rickety iron bridge in sore need of repair.
Read More
“Its independence,” he went on. “It makes its own decisions.”
The various explanations of his approach to the issue underscored the fraught position Taiwan now holds in the deteriorating relationship between Washington and Beijing. Tensions have been running high as China increases its military posturing and warplane flights around the self-ruled island.
The word “independence” is a trigger when it comes to Taiwan; officially, the US does not support Taiwan’s independence. Instead, the countries enjoy unofficial relations and the US provides defensive support.
The approach is sometimes termed “strategic ambiguity,” and has caused previous trip-ups for both Biden and his presidential predecessors. Last month, when Biden said during a CNN town hall that the US was committed to coming to Taiwan’s defense if it came under attack from China, the White House said he was not announcing any change in policy.
The issue consumed the most time of any during Biden’s lengthy virtual summit with Xi on Monday evening. Ahead of time, the Chinese signaled it was their most important priority to discuss with the US.
In the talks, Biden raised his concerns over China’s behavior in the region. While he reaffirmed the US “One China” policy, which recognizes Beijing’s claim of sovereignty but allows for US defense ties with Taiwan, he voiced worry that China’s actions were destabilizing the region.
The charged nature of the topic was evident immediately after Biden and Xi’s summit, which stretched a longer-than-expected three-and-a-half hours. Chinese State Television reported almost as soon as the summit concluded that Biden affirmed to Xi the US did not support Taiwan’s independence.
US officials downplayed the significance of the statement, noting it was longstanding official US policy. Instead, they said Biden made clear to Xi the US opposes any change to the status quo, or any actions that “undermine peace and stability across the Taiwan Strait.”
The Chinese offered a more combative interpretation of the conversation. They said Xi told Biden his country would be compelled to take “resolute measures” if separatist forces in Taiwan cross a “red line,” according to a readout from China’s Ministry of Foreign Affairs.
“Such moves are extremely dangerous, just like playing with fire. Whoever plays with fire will get burnt,” the readout said.
In the wake of the summit, US and Chinese officials plan to intensify their engagement on Taiwan, according to Biden’s national security adviser Jake Sullivan, who said the two leaders spent a “good amount of time” on the issue.
“Ensuring peace and stability across the Taiwan Strait, having clear communication, avoiding miscommunication, is going to be an important and intensive aspect of work between our militaries, our national security councils and between our diplomats,” Sullivan said during an appearance at the Brookings Institution. “So you will see at multiple levels an intensification of the engagement to ensure that there are guardrails around this competition so that it doesn’t veer off into conflict.”
For his part, Biden noted to Xi that he voted for the Taiwan Act in 1979, when he was a young senator. It contributed to what Sullivan described as a “very familiar” relationship between the two men, who traveled extensively together when each was serving as his country’s vice president.
“One of the dynamics of when they talk now is they both revert back to previous things each of them have said,” Sullivan said, “not just to agree with one another, but to disagree with one another, while they’re debating.”
Still, the White House said familiarity does not equal friendship — despite the way Xi greeted Biden as their summit began.
As Xi was beaming into the Roosevelt Room from a cavernous space inside the Great Hall of the People in Beijing, he addressed Biden in collegial and warm terms: “Although it’s not as good as a face-to-face meeting, I’m very happy to see my old friend,” he said, using the Chinese phrase “lao peng you” to convey his level of familiarity.
It was only a few months ago, however, that Biden was adamant he did not regard Xi on those terms: “Let’s get something straight. We know each other well; we’re not old friends. It’s just pure business,” Biden said in June.
On Tuesday, the White House said it couldn’t speak for Xi’s motives in describing Biden the way he did.
“But he does not,” deputy press secretary Andrew Bates told reporters aboard Air Force One, “consider President Xi an old friend.”