Canadian high school named after Prince Andrew to be renamed

Airstrikes kill 70 and knock out internet in Yemen 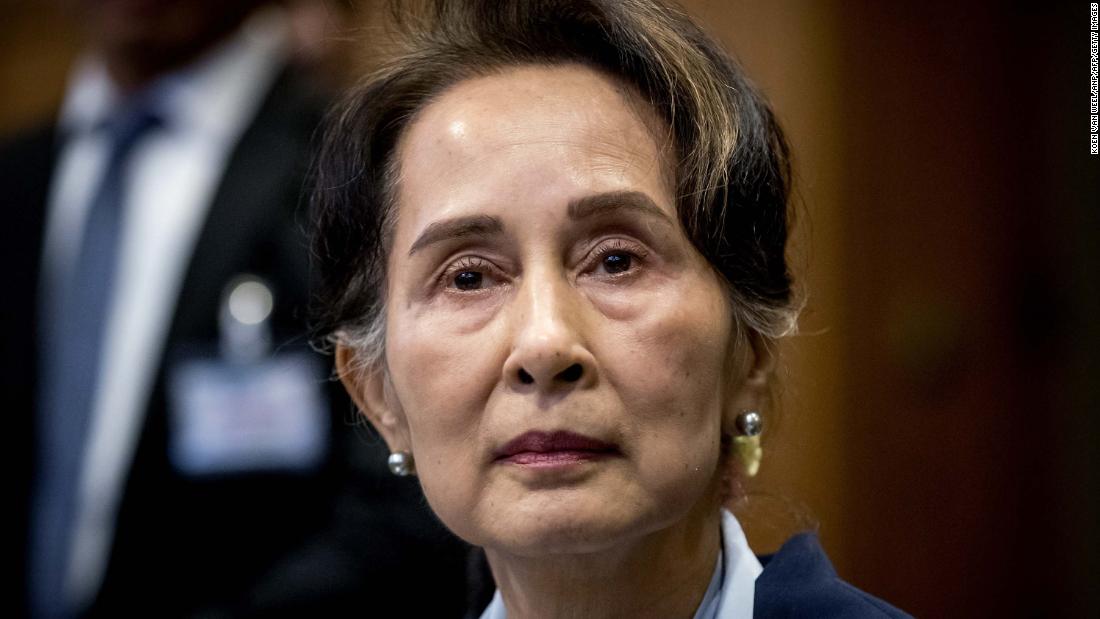 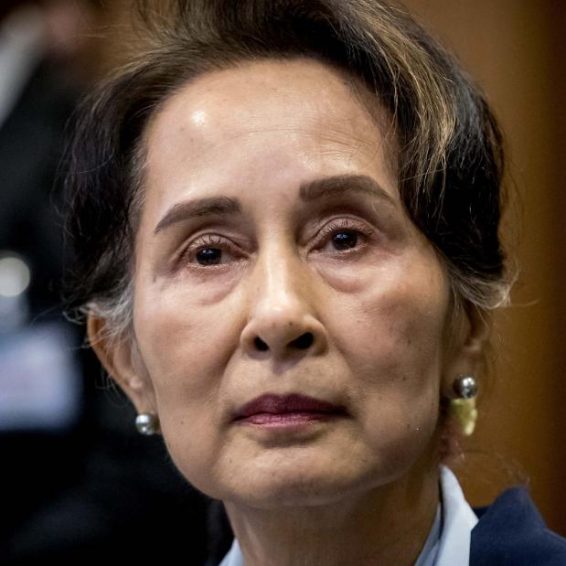 Analysis: Aung San Suu Kyi is back behind bars. But that won’t stop Myanmar’s pro-democracy movement

Who is Aung San Suu Kyi?

The leading opposition figure emerged during Myanmar’s five decades of military rule and was lauded as an icon in the West for her non-violent struggle against the junta, having famously spent 15 years under house arrest.
Known as “Mother Suu” to her supporters, Suu Kyi’s party won a lansdslide in 2015 elections — widely considered the first free and fair vote in decades — becoming Myanmar’s state counselor and de facto leader.
But analysts say she ruled through a cult of personality and was reluctant to consider alternative points of view. Myanmar is an extremely diverse nation with more than 135 official ethnic nationalities. Many felt she ruled for the majority Buddhist Bamar, failed to take national reconciliation seriously, or ensure ethnic minorities had any political sway.
“I think her biggest fault is that she didn’t empower democracy from the grassroots up — it was imposed down. She didn’t see democracy as the strengthening of institutions to be accountable, independent, and functional,” said David Mathieson, an independent Myanmar analyst. “A good democrat actually builds coalitions, and actually tries to see the other side, she had absolutely no interest in that.”
It was her mishandling of the Rohingya crisis that shattered Suu Kyi’s international saint-like image. In 2016 and 2017, the military launched a brutal campaign of killing and arson that forced more than 740,000 Rohingya minority people to flee to neighboring Bangladesh, prompting a genocide case that was heard at the International Court of Justice. Survivors’ horrifying accounts include accusations of gang rape, mass killings, torture and widespread destruction of property at the hands of the army.
“Her government failed to cooperate with international investigators at the time, which is deeply concerning on a number of levels. We were pushing for the government to do more to to engage with international justice mechanisms to do more to demonstrate not only an acknowledgment of the atrocities that were unfolding, but to actively do something to stop them. And that, of course, did not happen,” said rights advocate Smith.
At the Hague, Suu Kyi defended the military in person from accusations of genocide — including the very generals who have now jailed her.
Despite her fall from grace in the West, she remained immensely popular in Myanmar and the following year her party won another landslide in November 2020 elections — a result that humiliated military leaders and set off the chain of events leading to the junta retaking power.

Since February’s coup, the military has tried to assert its power over the people through bloody force.
UN agencies, rights groups and local journalists have documented massacres, mass arrests, torture, forced displacement, men, women and children being murdered with impunity, heavy weaponry used by junta forces to attack villages and root out armed resistance groups, and the blocking of humanitarian aid.
Junta forces have killed more than 1,300 people and arrested over 10,000, according to advocacy group Assistance Association for Political Prisoners.
Nicholas Koumjian of the Independent Investigative Mechanism for Myanmar, recently told reporters the group has received more than 200,000 communications and 1.5 million pieces of evidence — enough to “show a widespread and systematic attack on the civilian population amounting to crimes against humanity.”
It is through the context of these daily horrors that Myanmar’s pro-democracy movement has evolved. Young people, in particular, who grew up with greater political and economic freedoms compared to their parents and grandparents are now fighting for their future, whether by taking up arms or joining non-violent struggles.
“A lot of young professionals, for example, who prior to the coup would not have considered themselves activists, let alone soldiers. And many of them find themselves in those roles now,” said Smith, from Fortify Rights.
Suu Kyi will “be relevant, regardless of what happens. And of course, she should be released immediately,” Smith said. “But what we’re seeing now is not a movement driven by a cult of personality, but rather a bottom up pro-democracy revolution.”
The international community built up Suu Kyi as a figurehead against military rule but Myanmar democracy activist Thinzar Shunlei Yi said “democracy doesn’t work that way.”
“The people are the leaders of the movement now,” she said. “We need collective leadership.”
The resistance, she said, is “unstoppable by any person. It can’t be controlled by any person, it’s all dynamic and it comes from diverse backgrounds all for the same goal,” she said. “It’s a kind of revolution that we never experienced in the past — everyone is getting involved, everyone is determined to overthrow the dictatorship, not just for one party or one person.”
To a great extent, the anti-junta movement has succeeded in unifying many of the disparate groups in Myanmar against one common enemy: the military. But the resistance itself is extremely diverse.
People’s Defense Forces are fiercely engaging the junta to protect their neighborhoods and communities, and local militias are carrying out guerilla-style attacks on junta officials and infrastructure. Ethnic minority organizations and non-state armies are fighting for their own greater rights and autonomy after decades of unfulfilled political aspirations.
Meanwhile, hundreds of thousands of ordinary people continue to support the Civil Disobedience Movement, a large-scale act of defiance that aims to destabilize the junta through economic disruption, mass boycotts of military-affiliated businesses, walkouts and general strikes, online campaigns, and defections of police and military personnel. Thinzar Shunlei Yi calls the CDM the “backbone of the revolution.”
The National Unity Government, made up of ousted lawmakers and ethnic minorities exiled abroad or working underground, is attempting to gain international recognition as the legitimate government of Myanmar and stop the world from recognizing the junta.
“Not everyone is picking up a gun,” said Mathieson, the Myanmar analyst, adding there are many people who are “working behind the scenes to slowly whittle away at the military.”
Suu Kyi’s sentencing comes at a critical time for Myanmar and those opposed to the coup as the military junta digs its heels in, according to Fortify’s Smith. Arbitrary arrests of people who shape opinion in the country, like politicians, artists, writers, filmmakers, and doctors, are systematic. Reports of military offenses, including shelling and raids on villages, arson and displacement of people in the ethnic states of Chin, Karenni, Karen and Sagaing region, among others, are widespread.
“They’re worried, they’re scared, they’re weak, in many ways, and the fact that they’re resorting to such horrifically brutal tactics is an indicator of their political weakness in the country. It’s the only tool they have, it’s the only tool that they can use to maintain power right now,” said Smith, referring to the military.
While part of Suu Kyi’s international allure was tied to her credo of Ghandian non-violence, the situation inside of Myanmar has changed — with many now calling for active resistance.
“Some of the international (community) and diplomats in Myanmar say that we cannot support the (People’s Defense Forces) because they use violent methods. Well this yardstick is totally irrelevant — it doesn’t apply to our situation,” said Khin Zaw Win, director of the Yangon-based think tank the Tampadipa Institute. “If you don’t resist, they will massacre you. Are we supposed to lie down and take it, when kids are being killed on their father’s laps?”
Khin Zaw Win likened the violent elements to the French and Polish resistance during World War II.
“In the beginning people looked to the United Nations to come to our aid,” he said, adding that the help did not come. “It just gravitates to the population to defend themselves … it has a great deal of public support.”